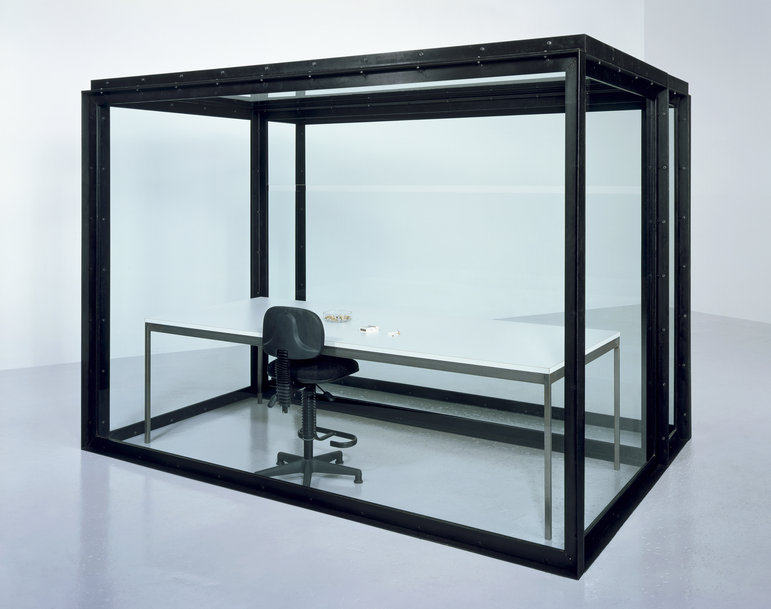 There was once a little girl, who had a little job, right in the middle of the city. She loved her little job, and all her worky friends, but sadly the money was quite shitty. One day a prince called her phone, offered a new desk home, and all the magic riches with it. The little girl had her eye turned by the offer, and took it. The dick.

I was that dick.

The job itself sounded fabulous. The work was to be varied. It was a cool office. The work produced was interesting and arty and jam-packed with the sort of culturey goodness that really pips my horn. Oh, and there was free parking. I was so excited that I missed the bit in the small print that said the boss was an arse. Not just a personality-clashing kind of arse that resides in offices across the land, but this guy is the king of the arses.

Despite my small-print oversight, it didn’t take long for his true self to come to my attention. I could just do nothing right, and his constant reasons for my chastisement ranged from the banal to the ridiculous. I forgot to put a lamp on. I bought his paper too early in the day. I didn’t update a spreadsheet with information that I only could have known if I had started the job 4 months earlier, so I was basically accused of having an inability to time travel. I had an inability to be psychic. And worst of all, I was too punctual.

One afternoon I was getting the usual grilling in his lair of arrogance and pretension, and all the while he kept typing. Even for him I thought that was quite rude, but by this stage nothing would have surprised me. That is until I returned to my desk to discover what he was typing was another complaint, shiny and new in my inbox. The wab.

Lets face it, working life is rarely a fairy tale. Unless you are very lucky, you rarely spend your toil bubbling over with joy and excitement with every fresh task, endorphins peaking at a nice clean excel. At the same time you shouldn’t sit at your desk filled with fear, trying to work out the odds on keeping the tears back until at least lunchtime, as that is some pretty sad maths. Nor should you have to smile sweetly as a man with all the confidence and charm of Jeremy Kyle tells you he is “not sure if you are having a bad day or are just bad”.

I resigned at the start of the year. He didn’t even respond, which I did find quite surprising considering he always had something to say about everything. I’m sure if someone brought up the topic of Always Ultra he would be able to wax lyrical about how you put them on wrong, and how he used Bodyform as they were better.

While my savings are now disappearing, and my confidence feels like it has taken one hell of a kicking, I have learned a valuable lesson that I bet the Dalai Lama wishes he’d thought of – don’t do stuff that makes you unhappy, life really is too short. Chase your passion not your pension, and sometimes running away is the bravest thing you can do.